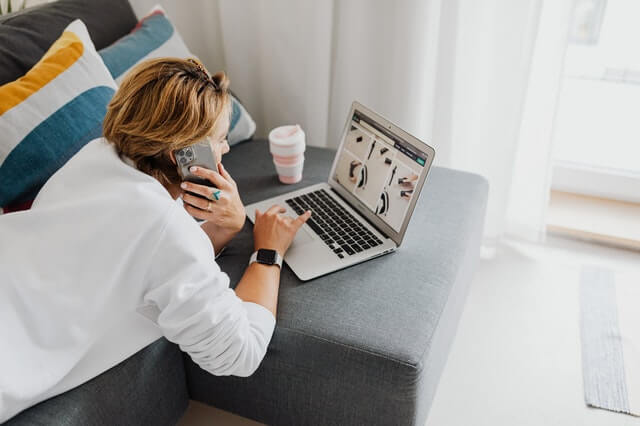 There’s more to the MacBook Air VS Microsoft Surface debate than whether you like Apple or Microsoft. Both companies have unveiled powerful flagship laptops aimed at content creators in 2022. The right laptop for you may have more to do with who you are and what you do than with which operating system you prefer.

Which of the two laptops is ideal for you? In the slide below, CRN Test Center compares the price and specs of Apple MacBook Air (M1) vs. Microsoft’s Surface Laptop Studio. If you have trouble deciding which machine to buy, read today’s post about MacBook Air VS Microsoft Surface for a thorough breakdown of the strengths and weaknesses of some of the best laptops of 2022.

We have already briefly looked at the differences in the table. Let’s take a look at the comparative discussion in the form of a detailed description.

The M1 SoC is the fastest chip on the market for ultra-portable laptops. In real-world use, both the Surface laptop and the MacBook Air were enough to get 20 Google Chrome tabs. Four of them have streamed 1080p videos and the other has played YouTube music. Regardless of the laptop you choose, those simple everyday tasks will feel equally fast.

The 512GB M.2 NVMe PCIe SSD on the Surface laptop is faster than the drives on older Surface products. Which copies 25GB multimedia files at a rate of 562.7 MB per second. However, it doesn’t get anywhere near the MacBook Air (512GB SSD) which hits at 2,897.8 MBps. Both laptops rely on integrated graphics. The MacBook Air runs games at 1440 x 900-resolution at a smooth 37 fps where the medium of the graphic is set. The Surface laptop on the other hand has hit 30 fps at 1080p

Smooth and sophisticated but MacBook Air and Surface laptops are portable and sturdy ultra-thin laptops that can use some updates. If you’ve seen a MacBook Air in the last few years, you know what the new model looks like. It has the same slim wedge-shaped design as before, available in Space Gray, traditional Gold, and Silver color options. It is a remarkably thin and lightweight laptop and the unibody aluminum chassis was built with perfect craftsmanship.

On the other hand, the Surface laptop has a premium design with a simple, unexpected chassis made of solid aluminum. What makes Microsoft better than Apple is the standout color offer. Some of these come with a soft-touch Alcantara deck, otherwise adding some flair to the intuitive design.

Although the MacBook Air keys have more sensitive clicks, they feel a bit tougher than the Surface. Where MacBook Air keys need more force to activate. What sets Surface laptops apart is their bouncy response, which springs your fingers from one letter to another. On a Surface laptop, typing tests can be typed at about 121 words per minute with 95% accuracy. The MacBook Air, on the other hand, can hit about 113 words per minute with 96% accuracy.

Basically, the MacBook Air relies entirely on the Thunderbolt 3 port. It has two on the left side and only a 3.5mm headphone jack on the right side for charging or transferring data.

In contrast, the Surface laptop has no Thunderbolt port. Instead, it has a convenient USB Type-A port and a USB 3.1 Type-C input next to a headphone jack. On the right is a magnetic surface connect port for docking and charging.

You can easily get full-day juice from any one of these laptops. But the MacBook Air has dominated battery testing with a surprising runtime of 14 hours and 41 minutes. Despite clocking Microsoft a respectable 10 hours and 46 minutes, it surpassed the Surface laptop by almost four hours.

Hopefully from today’s post, MacBook Air VS Microsoft Surface help to choose you correct product for use. There are many more technology-related posts on our website that you can check out.